Recently I had the privilege of participating as an observer at the second Encuentro Regional de Memoria (Central America Regional Gathering on Memory) which took place in Honduras May 24-27, 2022.  Hosted by the Committee of Families of Detained and Disappeared in Honduras (COFADEH), the gatherin 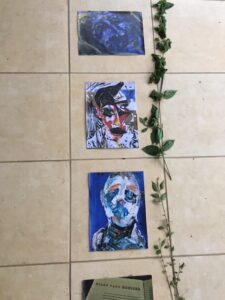 g formed part of the International Week of Detained and Disappeared Persons.

Memory is one of the three pillars of a process to amplify voices and spaces within civil society for reflection, dialogue and building social cohesion in the Central America region.  The goal is to strengthen efforts to honor and recover “historical memory”, and multiple organizations throughout the region are part of the Red Centroamericana de Memoria (Central America Network of Memory) to carry the initiative forward.  The first gathering of the network took place in Guatemala in early 2020.

Representatives from Guatemala, Honduras, El Salvador, Nicaragua, Mexico, Costa Rica, and Argentina gathered to share experiences, resources, and creative ideas for recovering historical memory, focusing primarily on the decade of the 1980s, when the region experienced waves of forced detention and disappearances of primarily young men and women by repressive governments and militaries.  During that period U.S. policies contributed to massive human rights abuses and deepening poverty.

In the 1980s I co-directed a project to educate and mobilize U.S. citizens concerned about U.S. policy, and I traveled multiple times to the region and organized eleven delegations.  With my personal memories, during the recent Encuentro, I was often deeply moved as participants shared personal stories, as we watched documentary footage from the ‘80s, as we visited a house that had been a torture center, and as I stood before photographs of the disappeared, arranged in a powerful art exposition created by a woman whose father was disappeared when she was nine years old.

As part of the four-day gathering, in the beautiful setting of El Hogar contra El Olvido (Homeplace against Forgetting) an evening of song called up memories of resistance– courage, loss, joy, healing– that for all present created a powerful atmosphere of solidarity.  I was reminded how important music and dance is to the struggle for justice and accountability.

Finally, those who lived through the ‘80s understand the need to bring the next generation into awareness of historical memory.  COFADEH has created a core of Memory Ambassadors, starting with the teenage children of COFADEH’s team.  These young people brought a dynamic presence to the Encuentro, and their role will be to help carry the torch of Memoria forward.